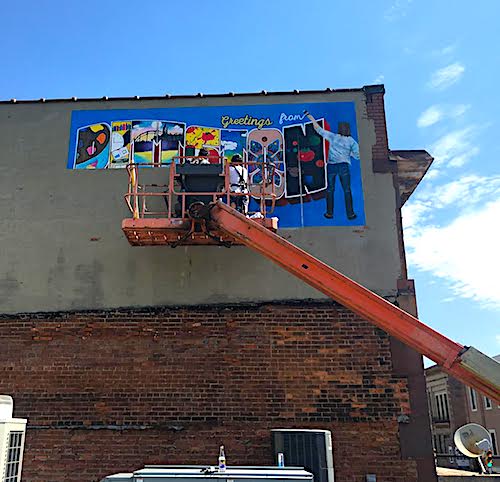 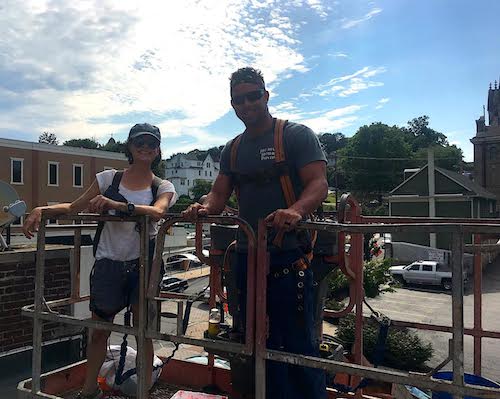 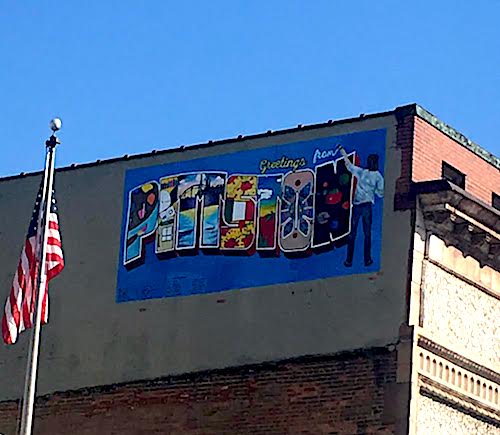 The mural shows the work done at at residency with Judy Greenwalds's art classes at Pittston high school. They worked on designing and painting the "Welcome to Pittston" mural overseen by myself and Judy. Judy Greenwald and Clark Riley were on the rooftop of the YMCA handing glued pieces of the mural to me and the mayor of Pittston, Jason Kush which we adhered to the wall. Main Street Pittston, Pennsylvania is on track to have the most original artworks per square foot in the nation according to by past mayor Michael Lombardo. The best picture is to come of the students on the rooftop with their creation as insisted by the overseer of all the great art projects, Rose Pizzuto. It takes a village and there sure were so many people who helped - Hadley construction donated the lift and manpower. Big Thanks to all!