Four Murals for a new Hardee's in Wilkes-Barre 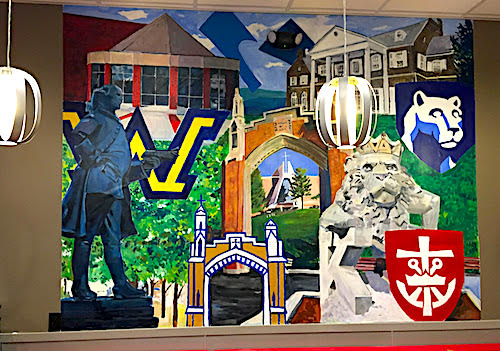 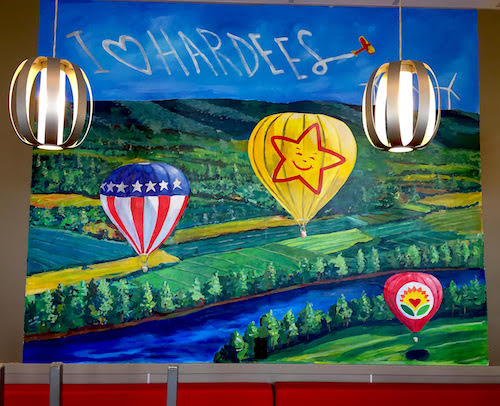 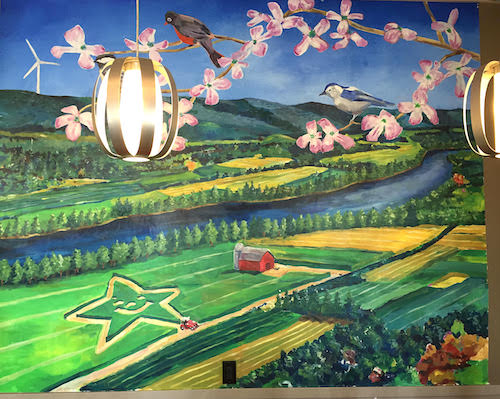 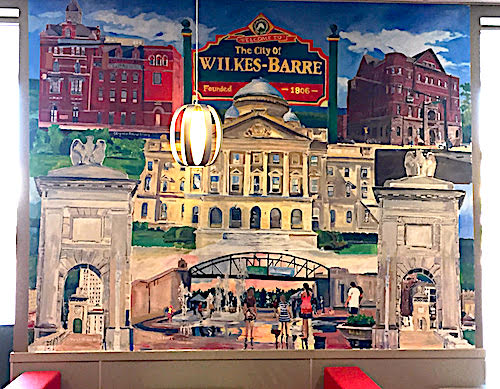 Hardee's is a franchise that requires at least two murals which up until now, were done on the computer and enlarged. Thanks to Jim O'Connell of Resource Media, I was able to paint them. Jim designed the images to represent what it means to live in Wilkes- Barre. He also did final touches once they were hung. The fours colleges: King's, Wilke's, LCCC and Misericordia are depicted as well as the Susquehanna River and lush northeastern Pennsylvania landscape. The historical buildings: The Luzerne County Court House, City Hall, and the Stegmaier Federal Building are just a few of the outstanding structures that grace our city and are shown with kids enjoying the River Commons. Hardee's is located right off of 81 across from TGIF'S and is connected to a gas station all owned by Nick Patel. The comments so far have been so amazed that a Hardee's would have original art. I'm thankful that they do and that I was a part of a new beginning.