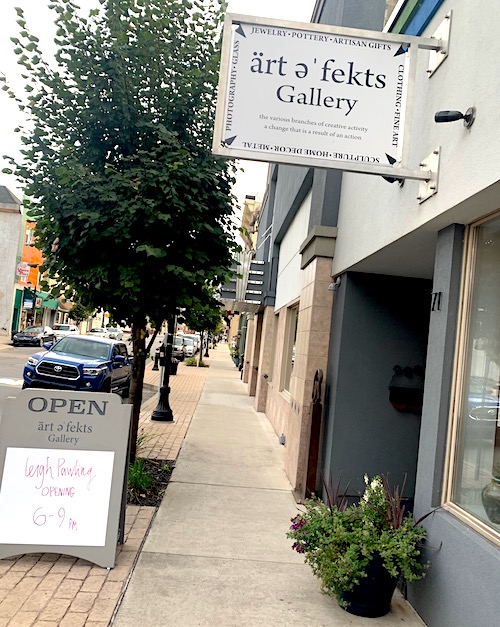 Example of cool sign of all the businesses on Main Street 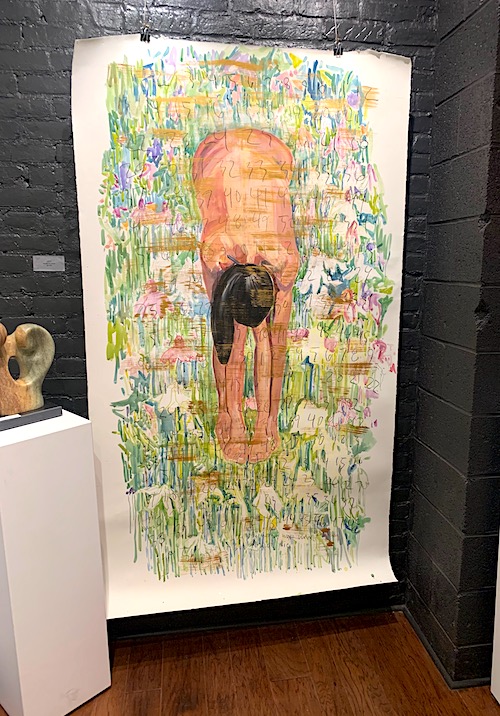 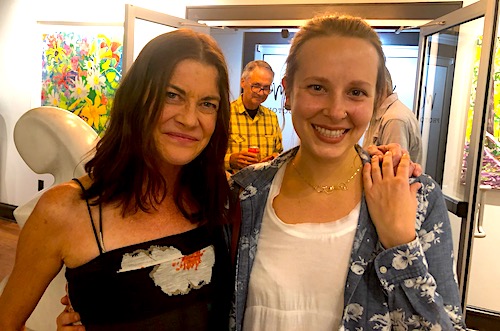 With Cam of Raw Nucleus with Curtis Salonick in background 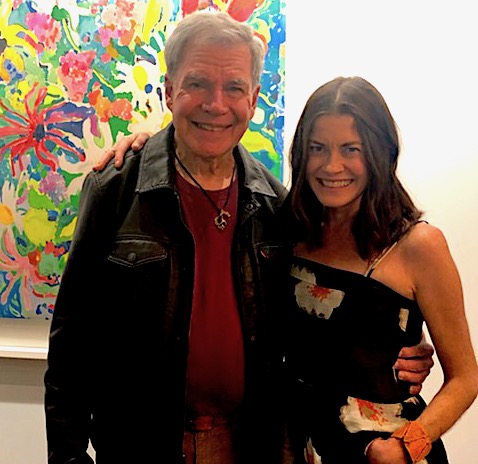 With Bob Kelly from the YMCA
No items found.

Example of cool sign of all the businesses on Main Street 'Fifty' With Cam of Raw Nucleus with Curtis Salonick in background with Bob Kelly from the YMCA Mike Lombardo and Mary Kroptavich said to be prepared to speak at the opening Thursday night. The opportunity didn't arise so here are some things I was going to say. The number one question people ask: 'what do the numbers mean in my work'? They always go up to my age. I used to put the numbers high if I felt it was a good year and low if it wasn't. My perception has shifted and I now know that within a year there can be good and bad. That being the case the numbers now go sequentially and are often inside a square like a calander. A patron/student/ friend came for an art lesson last week and brought all the mailings (show announcements and Christmas cards) I have sent to her in the past twenty five years! It was so amazingly kind of her to keep them .... the sort of thing a mother would do. I separated them into reccurring themes: figure, nature, object and abstract. Often the mark making being the same whether abstract or representational. The figure is usually in motion. The painting 'Fifty' came from being a yoga retreat with my sisters. The teacher, Bryan Kest said being able to bend over is one move you never want to lose. I feel it's such a joy to be able to move the body and it's a place where mind can be turned off or at least quieted : ). A friend/patron suggested I do more nature paintings since I'm outside all the time and feel so entirely grounded by mother earth. This show depicts nature painted on silk charmeuse which is my way of doing 'watercolor -like' paintings, big! I love the immediate response of how the paint moves on the silk and the vibrancy of color. I also have more abstracted figure works which show a layering of acrylic and obsessive numbering and mark making. What a treat to be part of the art in Pittston! The city asked me to do a mural which is at the end of Main Street several years ago. I have had the honor of working with Judy Greenwald's art classes at Pittston Area High School, doing two murals - one of which is on Main Street (Greetings From Pittston) and one that is to be hung in the courtyard of the high school. And now a show at Art e Fecks which is up for a month as well as works which will stay throughout the year. So many people have come together to make Pittston a destination point. Amazing what the arts can do for a community to raise the aesthetic bar!