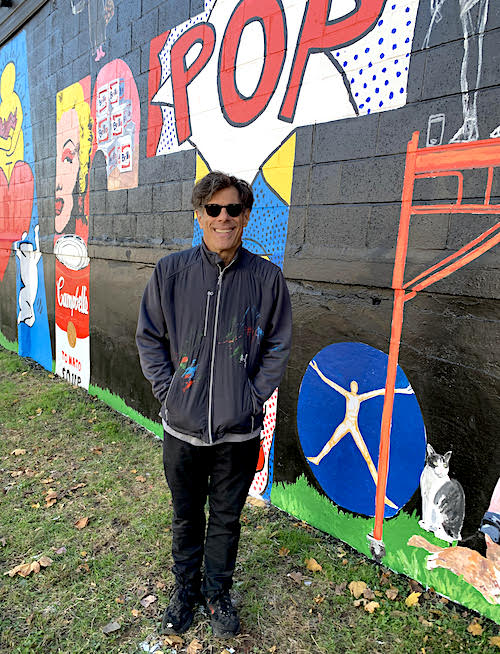 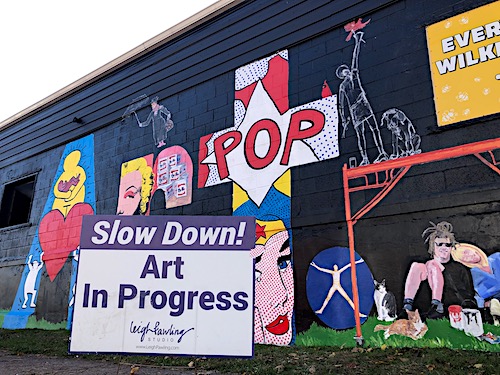 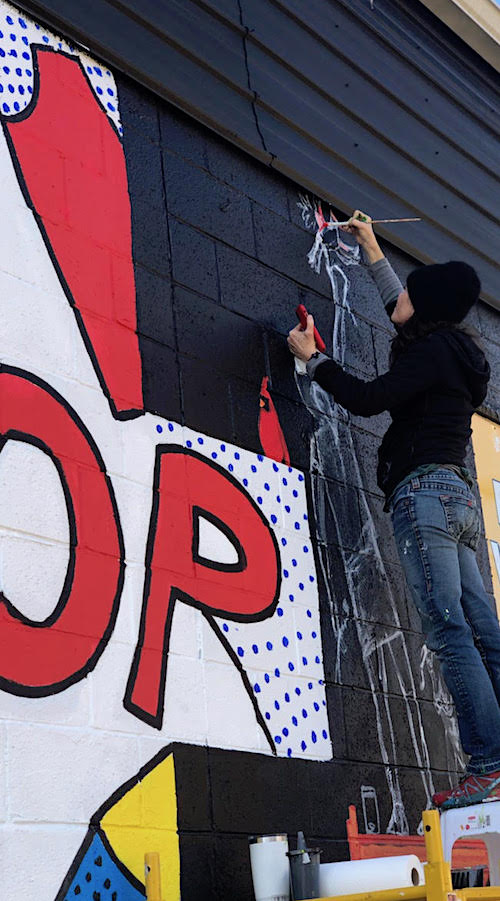 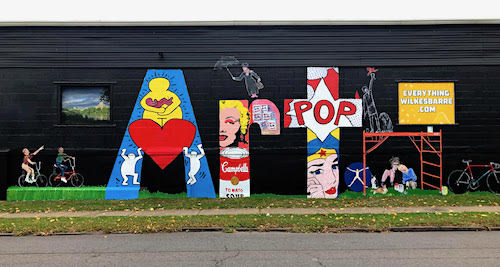 Steve Taren, the owner of Wet Paint came to me a couple months ago with the idea to give ode to the pop artist movement in the actual word ART. Along with two boys on 1970's banana bikes looking up at Mary Poppins, a young couple cuddling, cats, dogs, and spontaneity to allow for 'art in process'. I began the studies and the collaboration began. Back and forth, changes, deletes, additions, until the very end which was yesterday. The "A" was given to Keith Haring, "R" to Andy Warhol, and "T" to Roy Lichtenstein. The idea was to show 'ART IN PROGRESS' with the artist on scaffolding creating with their supplies around the scene. The 'artist' seen as a preliminary gesture study - the beginning- yet also depicted in a ghost like image to suggest the artist 'leaves' yet 'remains'. The cardinals were added at the end to represent our mothers who both have passed. They are in full color - with us every brushstroke of the way. For the past month the residents of South Wilkes-Barre walked by and gave such genuine support and gratitude for the positive addition to their neighborhood. They were awesome. This is the eighth project Steve and I have done together, and not the last!